On May 10th, according to the staff's proposal, the labour union of CMIG launched the “Loving CMIG, Investing on the Future” activity where all employees would invest in the group, and held a launching ceremony at the headquarter in Shanghai . Mr. Mao Yonghong, the representative of CMIG stockholders and chairman of the emergency committee, attended the ceremony and delivered a speech. Bai Ruiping, secretary of the disciplinary committee, chairman of the labor union, and vice president of the group, read the proposal. President Lyu Benxian and other leaders of Wang Tuanwei, Zhang Zhichao and Zhong Jipeng attended the event and signed the contract. Heads of teams of CMIG and all employees of the group had witnessed together. 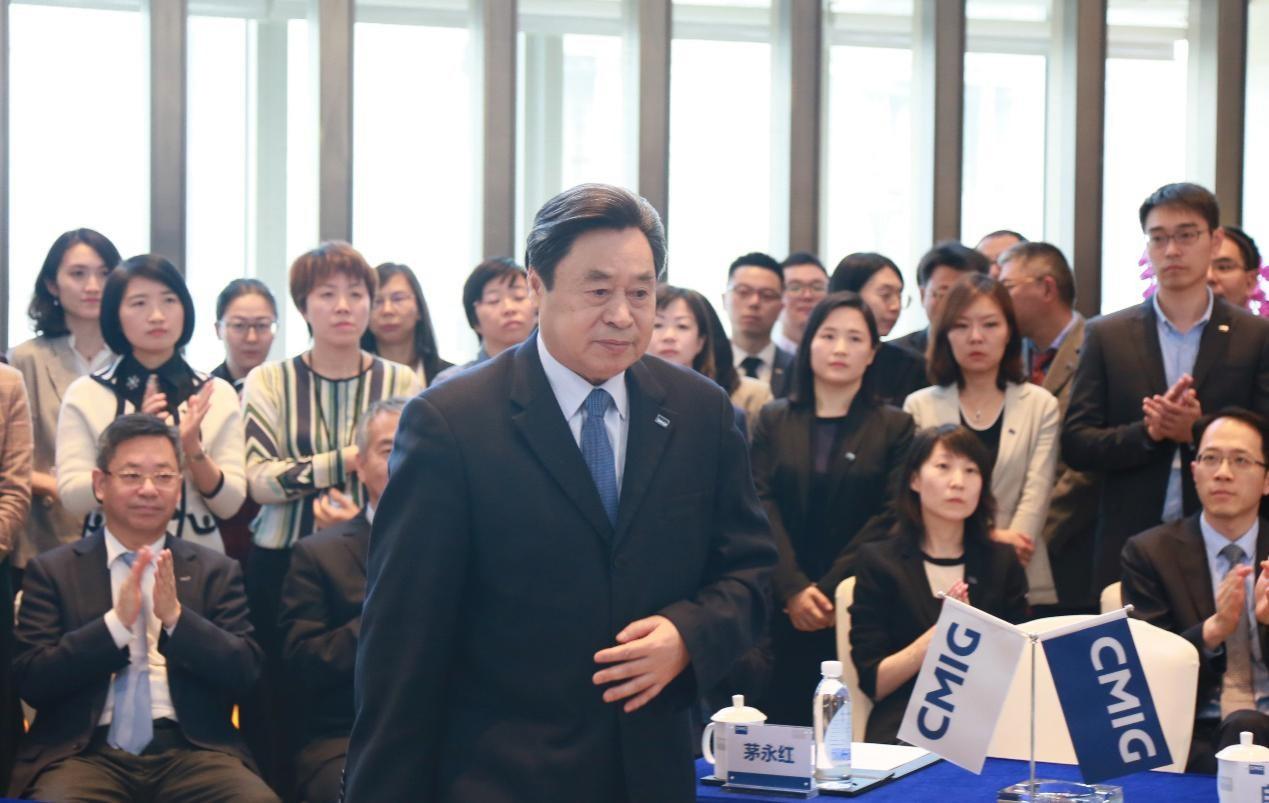 Mao Yonghong, chairman of the emergency committee of CMIG, attending the launching ceremony

Chairman Mao Yonghong pointed out that, first, this activity manifested the confidence and attitude of the CMIG employees in the fight against difficulties. He believed that CMIG would overcome all difficulties and solve all problems; second, the shareholders had already took actions a month ago, and they  donated money, contributed their thoughts and resources, and participated in the “defending war”, playing a decisive role for the CMIG to lifting out of the predicament; third, attention and support from all sectors of society was paid on the CMIG, who would get help from social strength with clear intentions, methods and actions.

When talking about the main problems faced by CMIG and the countermeasures, Chairman Mao Yonghong said that the first step was to solve the liquidity problem, which were caused by redemption mainly occurring in April (when several bonds were due), but now this problem was solved; the second step was to restructure the project assets; the third step was to remove some new obstacles. Now since the way of the development was basically clarified, and the promotion of projects should be based on these three steps. To put it simply, CMIG must stand up first and then walk up before they could run. "We think that for half a year, CMIG can go to the third step and they will run."

In the ceremony, Vice President Bai Ruiping read the proposal and appealed to all employees to take the initiative to stand up and work together with the group to tide over the difficulties.

“CMIG has entered a very critical turning period for its development. Good news comes that we have attracted concerns from governments at all levels, consensus and support from creditors, and suggestions on management from the vast number of shareholders. Especially under the direct command of Mao Yonghong, chairman of the Emergency Management Committee, all staff is united and striving in a harmonious atmosphere.

Now all the staff are brave enough to shoulder the strong confidence and determine to share the difficulties with the company. We will concretize the slogan of ‘Loving CMIG’to the action of ‘investing in the future’, and work together to achieve success.

In fact, employees do not have much money, and you just want to express your sincerity. To support and encourage this action and atmosphere, the labour union accepted the proposal, and organized this events. I personally issue 500,000 in the first phase, and it will arrive at any time.