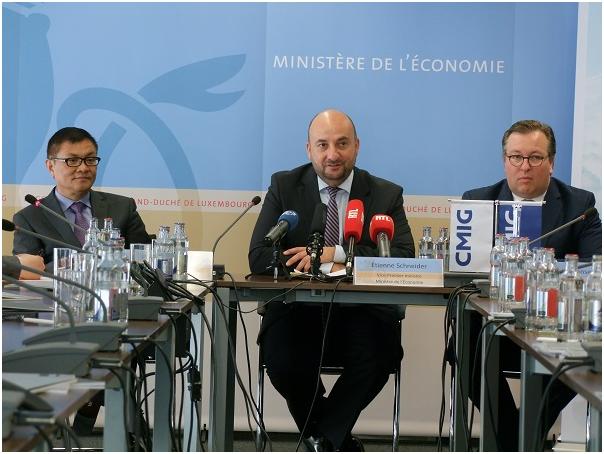 Minister Schneider also made an announcement concerning the investment of the China Minsheng Investment Group (CMIG) in Luxaviation which is enabling its global expansion according to its expansion strategy. "The financial and strategic support of CMIG allows Luxaviation to realise its global expansion, witnessed by the interwst of this Luxembourgish enterprise and its Chinese investor as well as the attractiveness of the Grand Duchy represented by the Chinese economic actors looking for international business opportunities".

Mike Berry, President of Aviation Services at ExecuJet stated "St. Maarten is the hub for the north-eastern Caribbean region, with access to mainland USA and Europe. Princess Juliana International Airport serves as a key location for the neighbouring islands and as such is ideally located to support the exclusive mega-yacht destinations of Anguilla, St. Barths and St. Kitts, the perfect complement to the private aviation market in the region".

Patrick Hansen, CEO of the Luxaviation Group, stated that the group had a €600 million turnover in 2015 and that CMIG, backed by other Chinese investors, is investing in a Luxembourg-based fund to enable the growth of Luxaviation Group with the aim of it becoming #1 in the world.