In August 2014, the world’s single largest photovoltaic project was formally contracted in Yanchi, with a total planned size of 2GW and a phase-one planned size of 1GW. The first-batch of 350 megawatt electricity will be generated when connected to the grid. In the meantime, to respond to the state’s call for zero poverty by 2020, CMIG conducted thorough and systematic research on 74 poverty-stricken villages in Yanchi. Based on this research, CMIG has developed multiple models for the Photovoltaic project to help Yanchi eliminate poverty by 2018.

Model 1: photovoltaic + village power stations. Based on grid connection and photovoltaic land conditions of each village in Yanchi, CMIG New Energy will set up model power stations in all 74 poverty-stricken counties. The estimated investment is 1.88 billion RMB, and after the grid is connected, the village is guaranteed 20 years of prepaid collective electricity bills through the next 20 years. The power station in Changliudun Village has already been established, and the electricity bills will be used to improve village infrastructure and the quality of life of those who live there.

Model 2 (Improve villagers interest): photovoltaic + housing renovation. CMIG New Energy will invest 135 million RMB in the Beautiful Villages project involving five villages (Nanliang, Gujiquan, Huangjitai, Fanjiquan and Shijiquan), 406 households, and 1269 villagers. Special households will also be selected for housing renovation. Besides modern housing facilities, these households will be equipped with farming zones suitable for raising Tanyang, the local sheep. In Nanliang village, a 200-square-meter Party activity center has also been built where internet has been set up to help villagers learn more about the Party, the internet, and agriculture and animal husbandry. 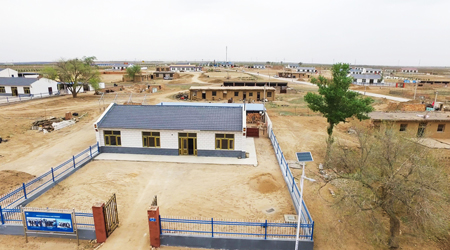 An old residence in Nanliang village is pictured in the back, and the one in the front is a newly built house. Quality of life has greatly improved.

Model 3 is widely favored by migrant worker villagers. It is a “Photovoltaic + job opportunities” model. At least one person from each household in the local area can be guaranteed a job in the photovoltaic project by CMIG New Energy as long as they have working skills. Residents of Yanchi have priority in finding jobs in CMIG New Energy’s industries. Mr. Sun Furui, Party Secretary of Nanliang village, said that since the end of last year, many migrant workers who had been working in other cities returned home since they could also find decent jobs that pay well here.

Model 4 (new): photovoltaic + finance. CMIG has signed an agreement with the Yanchi government in which both parties will jointly invest 660 million RMB to establish a Tanyang Sheep Guaranteed Fund. Through a PPP model and leverage, the fund will support the development of local agriculture and husbandry by encouraging villagers to raise, process, and sell Tanyang sheep so that they can earn more money than before. 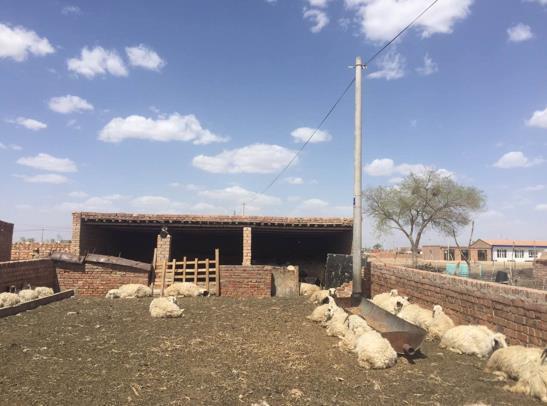 Supported by the guaranteed fund, villagers have found another important source of income: raising Tanyang sheep

CMIG New Energy hopes that such innovative poverty relief projects would establish precedence for effective anti-poverty projects. In the future, CMIG will work with its partners, such as the CP Group, to keep promoting the models nationwide. CMIG will use its strengths as a private enterprise to improve poverty relief projects in scale and achieve its goal of unifying social and economic values.