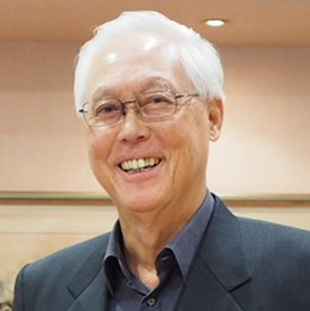 Mr Goh graduated with First Class Honours in Economics from the University of Singapore in 1964 and joined the Administrative Service of the Singapore Government the same year.  In 1967, he graduated with a Master of Arts in Development Economics from Williams College, USA.  Mr Goh joined national shipping company Neptune Orient Lines in 1969, and was its Managing Director from 1973 to 1977.

Mr Goh was first elected into Parliament in 1976, and remains a Member of Parliament.  Between 1979 and 1990, he served as Minister of Trade and Industry, Health and Defence, respectively.  He was appointed Deputy Prime Minister in 1985, and succeeded Mr Lee Kuan Yew on 28 November 1990 as Singapore’s second Prime Minister.  He relinquished the premiership in August 2004 to pave the way for leadership renewal.  Mr Goh remained in the Cabinet as Senior Minister and was Chairman of the Monetary Authority of Singapore (MAS) from August 2004 to May 2011.  Upon leaving Cabinet, Mr Goh was given the honorary title of Emeritus Senior Minister.

Global Advisory Council consists of many authoritative experts around the world. After joining in GAC, I hope to provide firm support to help CMIG and China’s enterprises when “going out”.

The layout of CMIG’s in-home elderly care industry has huge potential. I suggest CMIG bring in the advanced experience of senior care industry from western countries, and create environment for Chinese elderly to enjoy their old age well.